The Importance of Nutrition from the Sea 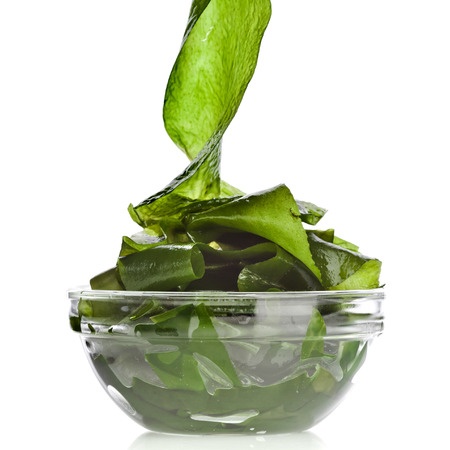 “Limitless and immortal, the waters are the beginning and end of all things on earth.”
– Heinrich Zimmer

Indeed, our oceans contain the foundations for life and deliver elements of sustained nourishment for thousands of species, including humans. It’s no surprise that Japan—a nation that depends on foods from the sea—has been deemed one of the healthiest cultures in the world with the longest life expectancies.

The word ‘seafood’ commonly evokes thoughts of fish or crab, which hold their place in history as highly-revered sources of lean protein, vitamin D, essential fatty acids and iodine. Unfortunately, in some areas, our seas have become more polluted and the concerns over heavy metals and other water-borne toxins may be prohibitive to consumption, which has been reflected in consumer perceptions and trends.

Given the state of our seas, fisheries have tried to solve the problem by breeding fish in clean, unpolluted waters, yet many of these businesses are under the radar for unsustainable practices.

According to the Harvard School of Public Health:

“…global fisheries face serious threats. Current research estimates that most commercial marine fisheries are being fished unsustainably and a recent study predicts that virtually all commercial species will not be viable by 2030 if we continue with current methods.”

Sea vegetables are gaining greater popularity in western cultures due to the rise in vegetarian and vegan lifestyles and in response to growing concerns over heavy metal toxicity. Sea vegetables, such as certain types of kelps, contain vitamins A, B, C, D, E & K, along with all trace minerals and amino acids. This combination provides robust support for healthy cellular processes and immune function.

Kelp is also naturally rich in iodine, an essential mineral for normal thyroid function, energy metabolism and neurological development. Some kelp species can provide levels too high in iodine, and so the selection of the right species, from the right source is essential. The body does not make iodine, so it must be obtained from nutritional sources, thus its status as an ‘essential’ mineral. Despite what we know about the necessity of iodine, deficiency continues to pose a huge health problem for people all over the world, especially pregnant women and children in regions lacking sufficient iodine through diet. According to the American Thyroid Association, “Approximately 40% of the word’s population remains at risk for iodine deficiency.”

What About Iodized Salt?

While effective for treating and preventing chronic goiter in US in the 1920’s, potassium iodide—commonly found in table salt—is not ideal for iodine supplementation. It is artificial, which causes an iodine spike in the blood, followed by quicker excretion when compared to natural sources such as seaweed, which are broken down and metabolized more slowly.

In fact, a recent clinical study reported that a certain species, Hebridean sea kelp, is more bioavailable than potassium iodide as well. The published study compared the bioavailability and effect in a two-week course of supplementation with naturally-occurring iodine from sea kelp and potassium iodine (KI), an artificial source. Healthy, non-pregnant women of childbearing age with self-reported low consumption of seafoods were supplemented with either 1 capsule (500 mg) of sea kelp or equal amounts of iodine from KI.

The results demonstrated that iodine intake from seaweed, as a natural whole food, can be considered safer than artificial. This is likely due to the delayed release of iodine from seaweed, which equates to a lower spike in iodine in the body and a longer period of blood serum availability.

It depends on the source! VitaKelp™ from RFI is a certified-organic, highly-sustainable ingredient that is harvested from the pristine waters of the Scottish Outer Hebrides. The winner of numerous sustainability awards, it is harvested and processed using distinct methods and unique equipment to maintain a high nutritional quality compared with similar products processed with standard methods. This proprietary processing results in a nutritionally-balanced and comprehensive natural and raw whole food.

How Much Iodine is Needed for Health?

The recommended daily serving of iodine is 150 mcg for adults and 220-290 mcg for pregnant and breastfeeding women, according to US RDA standards. One serving of VitaKelp™ provides 350-700 mcg, exceeding the US standards, which many nutritionists consider low—especially compared to the Japanese population, whose higher iodine intake (from seaweed) has been shown to provide a protective effect.

The VitaKelp™ species, Ascophyllum nodosum—commonly known as Egg Wrack, Knotted Wrack and Rock Weed—is a particularly nutritious brown seaweed with a broad nutritional profile that is not matched in land plants.

Have an idea for a product? We can help you bring it to market! Blueprints for Health® is our quick-to-market product development and formulation service, designed to streamline the entire process launch from concept to shelf.

Natural Colors & International Palettes are Primed for Explosive Growth in 2016