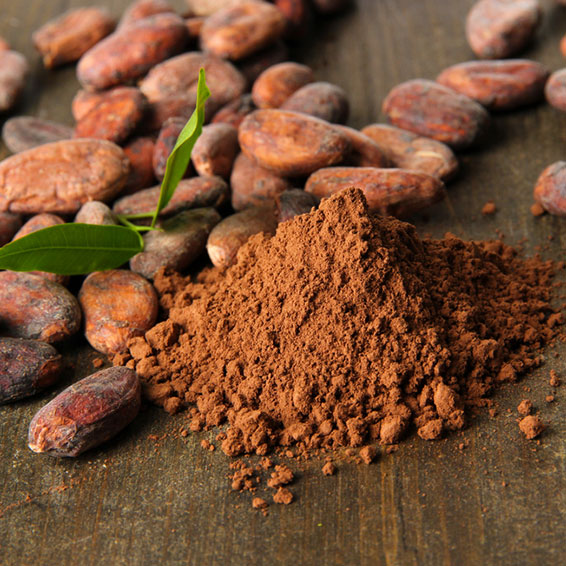 P
eople the world over have a love/hate relationship with chocolate…
We crave the taste and aroma of chocolate and love the physical and mental boost it provides. We also love the recent scientific and media attention regarding chocolate’s health benefits. While there is so much to love about chocolate, we hate the sugar, fat, dairy and guilt that comes with eating it!

Isolate the Health Benefits of Chocolate

Chocamine® is a patented cocoa-based ingredient that delivers the best of chocolate—its taste, aroma and health benefits—without the guilt, sugar, fat and dairy.

The health benefits of chocolate come from a variety of constituents, all of which are retained in Chocamine®:

In addition to chocolate, we also have a love/hate relationship with caffeine. We love the instant energy and cognitive boost, but hate the jitters, stomachaches, sleep problems and dependency issues that come with it. The energy from theobromine differs from caffeine.

Theobromine, the energizing compound found naturally in cocoa, offers a nourishing energy boost that is more sustained than the crash-and-burn energy from caffeine. Both caffeine and theobromine are xanthine alkaloids, but the similarities end there.

The following benefits are supported by general research and conventional wisdom:

Capitalize on the health benefits of Chocamine® with our Blueprints for Health® quick-to-market product formulation service!

Results of Clinical Studies with Chocamine® for Improved Focus, Concentration and Short-Term Memory 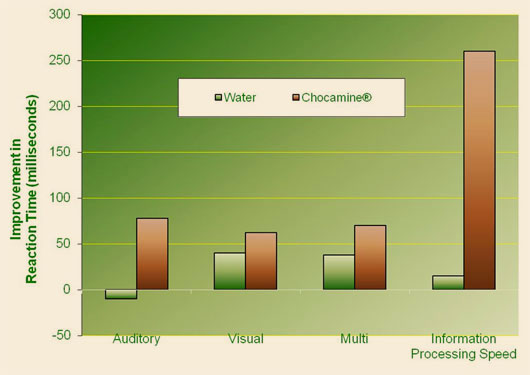 Chocamine® was formulated for use in a variety of applications—from beverages, bars and confections to dietary supplements and powdered drinks. The primary markets for Chocamine® include: