GRMA – The New Standard in Retail to Manufacturer GMP Certification 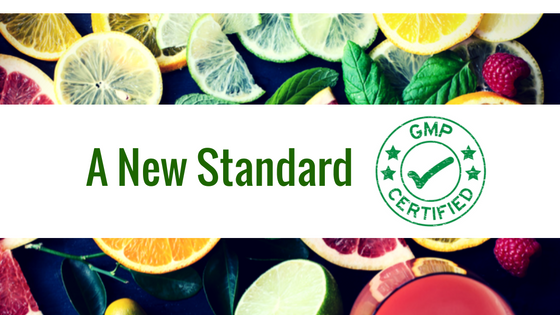 Many people in the food industry will remember the many food safety issues that came up in the late 1990s. One of the very positive results of this was the creation of partnerships between large retailers and the manufacturers that supply them to develop a global food safety standard. The Global Food Safety Initiative (GFSI) was born from this need and collaboration. Based on the implementation of HACCP (Hazzard Analysis and Critical Control Points) and food GMPs, existing audit standards were “benchmarked” that became broadly accepted worldwide among a wide range of suppliers and retailers. This cooperative effort changed the understanding of food safety, created an equal playing field, reduced costs and inconveniences associated with audits, and above all, allowed retailers and consumers to have significantly greater confidence in their food supply chains.

A couple of years ago, a similar initiative was born to help create a single GMP standard for each of the dietary supplement, cosmetic/personal care, over-the-counter (OTC) pharmaceutical and medical device markets. The initiative was inspired by large retailers like Wegmans, Target, HEB and many others, and is being led by NSF International. This initiative is called the Global Retailer and Manufacturer Alliance (GRMA). After a few years of preliminary discussions and team building, the GRMA initiative was officially launched at the end of 2015. GRMA is a collaborative effort involving all industry stakeholders, including retailers, manufacturers and suppliers, trade associations, certification bodies, academia and government/regulatory agencies. GRMA is being developed following the ANSI (American National Standards Institute) standard development process and, in the case of dietary supplements, can be used as a companion to the NSF/ANSI 173 standard for dietary supplements to verify compliance to 21 CFR 111.

The big questions to ask are…

Why does the industry need another certification scheme and what does the GRMA solve that GMP certification does not? The answer can be seen in the effect GFSI standards have had on the food industry. In little over a decade since its introduction, GFSI standards have become the accepted benchmark for quality standards in the food industry and the means by which quality can be defined throughout the entire supply chain. It establishes minimum quality standards throughout the supply chain and allows retailers, and therefore consumers, to have greater confidence in the safety and quality of their supply chains. Once it became ubiquitous in the food industry, the costs and time to qualify vendors (including auditing) has dropped significantly, and the number of negative events has dropped. This is good news for all stakeholders. For the dietary supplement industry, which really is a sub-section of the food industry, adopting a similar model, based on dietary supplement GMPs (21 CFR Part 111) and recent FSMA requirements, will help the industry adapt to this changing regulatory environment.

So, what is the process for establishing a standard and what is the legitimizing weight behind it? The GRMA standard is being developed according to ANSI requirements, which assures the standard is not a duplicate, that it is based on quality, safety and risk assessment, as well being inclusive among all stakeholders and based on consensus. Further, while the dietary supplement standard for the GRMA is based on 21 CFR 111 and relevant FSMA requirements, it will be structured based on the ISO (International Organization for Standardization) 9001: 2015 framework will help make future global integration easier.

A first draft of the dietary supplement GRMA standard is expected to be published at the end of first quarter of 2017. For more information on GRMA and a press release announcing it, please visit the NSF International website or click here.